On the 2nd of October, CATAPA had the honor of receiving Armenian activist Anna Shahnazaryan, from the Armenian Environmental Front. She is part of the Save Amulsar campaign, which for years has been opposing the Amulsar gold mine by Lydian International. The Amulsar mine is the second largest gold deposit in Armenia. Shahnazaryan travelled to Belgium to have conversations with EU lobby groups and managed to give a short presentation with CATAPA.

During this gathering, we also met Laura Luciani (author of this article), who is a PhD student at the Centre for EU Studies of Ghent University, where she researches human rights and civil society in the South Caucasus.

ORIGINAL ARTICLE in the East Journal in Italian, by Laura Luciani.

Armenia: Amulsar, the Mountain where Water is more Precious than Gold

In 1986, a group of 350 Armenian intellectuals wrote an open letter to Mikhail Gorbačëv to denounce the catastrophic consequences of pollution caused by heavy industries, whose repercussions had long been ignored by the Soviet authorities. Even though for over thirty years environmental protests have been taking place in an almost cyclical way in Armenia, and the damages caused by irresponsible industrial practices are constantly monitored, today citizens still have to take to the streets to prevent yet another ecological disaster.

For seven years, local communities and environmentalist groups have been opposing the construction of a gold mine in Amulsar – a mountainous area in the South of Armenia, located in the centre of the national water supply system. But in the last year, in the wake of the political changes that affected Armenia, this local protest has taken on a transnational dimension: now, the “post-Velvet-Revolution” government led by Nikol Pashinyan finds itself having to handle it with caution.

The project and its impact

Armenia is a country rich in mineral resources including copper, gold, but also lead, silver, zinc and other industrial minerals; these constitute more than half of the country’s exports. With a surface of less than 30,000 km2, Armenia counts today around 27 authorized mineral sites, of which 17 are active. However, the exploitation of these deposits has for decades been at the centre of controversies due to mismanagement and to these extractive projects’ extremely negative environmental effects.

In 2012, a mining company called Lydian Armenia (subsidiary of the offshore company Lydian International) signs a first deal with the Armenian government, at that time led by the Republican Party. In 2016, the company receives the final mine operation permit, even though the project is highly problematic. Amulsar, which is the 2nd largest gold deposit in Armenia, is in fact located only 6 km away from the spa town of Jermuk, famous for its thermal water: the inhabitants (who were not consulted about the project and its impact) fear that the proximity of the mine and the pollution resulting from it may discourage tourist flows to the town, thus affecting the community’s main source of income.

Scientists also indicate that the project could have ecological repercussions on a much larger scale: the Amulsar deposit is located within a seismic area, which increases the risk that acid drainage processes, accelerated by the excavations, leak in and contaminate the surrounding rivers (Arpa, Vorotan and Darb), with negative consequences for agriculture and livestock. Furthermore, contamination threatens to reach Lake Sevan – the largest freshwater reservoir of the country and an almost sacred place in Armenian popular culture. Last but not least, the project would alter the Amulsar ecosystem, which hosts different protected species including the Caucasian leopard (or Persian leopard) – of which only 10 specimen remain in Armenia.

After years of protest, in June 2018 the local communities decided to seize the window of opportunity opened by the “Velvet Revolution” that took place over one month earlier (thanks to an unprecedented wave of mass peaceful protests) to undertake direct action and block the streets leading to the mining site. The #SaveAmulsar campaign was born: for over a year and a half, local people supported by environmental activists have been supervising the entrance to the mine, doing shifts in checkpoints they built for this purpose, and managed to effectively stop the works in the construction site.

However, the citizens’ euphoria suffered a severe blow on 9 September this year: after opening an investigation and commissioning an independent assessment of the project’s environmental impact, prime minister Nikol Pashinyan unexpectedly gave the go-ahead for the digging in the Amulsar gold mine, asking protesters to clear the streets. As Anna Shahnazaryan, Armenian Environmental Front’s activist, explains in an interview for Kiosk (T.N. Italian radio programme), “the independent report, published in August, stated that Lydian’s estimations about the mine’s impact on water resources were incorrect, and that the project contained several evaluation errors – including intentional ones. Therefore, the environmental impact mitigation measures envisaged by Lydian were not adequate”.

Nevertheless, the Investigative Committee and the prime minister himself concluded that the company would be able to manage all the environmental risks. “For this reason, – Shahnazaryan continues – in the last two months the situation has become hectic: the prime minister took the side of Lydian and organized different meetings with the company’s representatives, while we activists took to the streets both in Amulsar and in Yerevan”.

“Post-revolutionary” Armenia and its problems

Experts suggest that Pashinyan is defending the private interests of Lydian Armenia and its investors (among which the USA, the United Kingdom and several international financial institutions) to prevent the company from having recourse to the Investor-State Dispute Settlement (ISDS). This is an international mechanism which allows a foreign investor to request arbitration by a corporate court if the “host-state” violates its rights: this decision could cost Armenia around two billion dollars, that is two thirds of its state budget.

However, there are also people who believe that Pashinyan’s ambiguous position is symptomatic of some criticalities of Armenia’s post-revolutionary government: first, the lack of an ideology going beyond the mere overthrow of the corrupt political system, which for ten years had been in the hands of former president Serzh Sarghsyan. According to Anna Shahnazaryan, “the current government uses many slogans, but behind the slogans there is little action. And one of these slogans is ‘we will not follow the economic path traced by the previous government, which focused on the mining industry, but we will try to develop new sectors such as tourism and the IT sector’”.

In reality, the “economic revolution” that Pashinyan wants to bring about in Armenia seems to be based on the same neo-liberal approach of the previous government, aimed at “opening up the country” to multinationals and foreign investors (with the 400 million dollars destined for Amulsar, Lydian would be the largest single investor in the history of independent Armenia). An understanding of “development” which disregards ecological considerations, human rights and the citizens’ well-being.

Another problem, Shahnazaryan points out, is that “with the revolution in Armenia people developed a certain idolatry of the current prime minister, who is considered the leader of the revolution. Many former activists who participated in the revolution and were then elected to Parliament have now expressed ‘unconditional support’ to Pashinyan’s position on Amulsar”. According to Shahnazaryan, this raised many doubts, even among those who were not necessarily opposed to the project, “because it is something that undermines the democratic structure of the country: the legislative body should not be ‘unconditionally supporting’ the person that it is in charge of supervising”.

Last year, the Armenian Environmental Front launched a petition requesting municipal councils in Jermuk and other towns in the region to ban all mining activities and declare Jermuk an ‘ecological area’. Although the petition has collected 12,000 signatures so far, the government has recently appealed against this initiative. Lydian Armenia is also putting pressure on protesters through legal channels.

Meanwhile, activists are trying to internationalize the movement, with the aim of exposing the responsibilities of international financial institutions (in this case, the European Bank for Reconstruction & Development) and other project funders (notably, the Swedish government which channelled money to Amulsar through state export-credit funds) in the global phenomenon of extractivism – namely non-sustainable development practices based on the extraction of mineral resources at the expense of local communities’ interests and the environment on which they depend.

Anna Shahnazaryan is convinced that the government cannot give a definitive authorization to Lydian “because the citizens are firmly opposed to the project, and if Pashinyan decides to use violent methods this will only turn against him”. The stakes in Amulsar seem to be very high: they do not “only” touch upon the protection of the environment and natural resources, but also the legitimacy of Nikol Pashinyan and the future of democracy in Armenia. 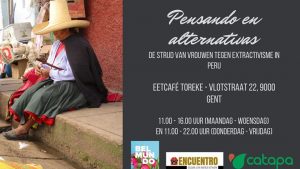 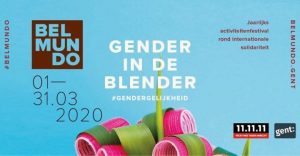 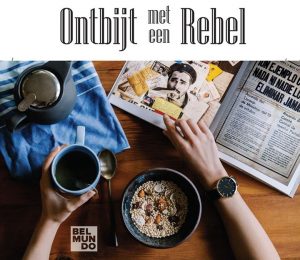