There is a rush these days to gain access to copper deposit and other key minerals driven by the expected increase in electric vehicle usage world wide.  These vehicles, including the hybrids, use nearly 3 times as much copper as a internal combustion vehicles. Thus, it is estimated that by 2027 switching over will result in a nine-fold increase in the amount of copper currently going to the automotive sector. That may sound like good news for the composition of the atmosphere, but it will spell doom to other parts of the biosphere, including its biodiviersity, forests, rivers, as well as trampling human rights. In this context, I welcome the United Nations recent realization that the biodiversity crisis is as dire as climate change. Worse, the UN also recently concluded that resource extraction is responsible for 80% of biodiversity loss and 50% of the world’s carbon emissions.

Concurrently, with the rush by transnational mining companies to secure mining rights, there is another rush to green-wash the dirty business of extracting metals like copper from biodiverse corners of the world, such as Ecuador’s Intag’s cloud forests. The latest green-washing effort was born out of an agreement signed in November 2018 between the German automaker, BMW, and Chile’s mining giant, Codelco; the world’s larges copper producer. They named their deal, the “Responsible Copper Initiative”.

The agreement is reminiscent of another green-washing effort, the Responsible Cobalt Initiative, created by the Chinese government and a few private mining companies, and of which Damlier is a member.  Cobalt is a key ingredient in electric car batteries, and considered a conflict-mineral due to the human-rights abuses associated with its extraction. As the rush to extract copper extends to all corners of the planet, it is only a matter of time before red metal joins the macabre list.

Which brings us back to Ecuador’s Intag’s cloud forests and the role BWM may end up playing in its destruction.

According to the information reported on the BMW website, the main goal of the Responsible Copper Initiative is to “…achieve a commitment to ecological and social responsibility in the copper industry”.

Given the social and environmental contexts in the mining area where Codelco is currently planning on extracting copper in Ecuador, it is inconceivable that it, or BMW, will be able to live up to the professed goals of the agreement. More than likely, they will both be held responsible for creating one of the world’s great environmental and social disasters; along the lines of the recent and horrific mining catastrophe at Brumadinho, Brazil. It is entirely possible that BMW may want to cherry pick the mine where they’d want their copper to come from, but it doesn’t work that way. As any marriage, you take the good with the bad. And, in this case, the bad by far outweighs the good.

To get an inkling of why it will be impossible for BMW not to dirty its reputation for being involved with a company that may destroy the habitat to hundreds of species in danger of extinction and be responsible for widespread human rights violations, it is essential to understand a few of the risks involved in mining in this part of Ecuador.

In 1996, upon the request of the Ecuadorian government, a reputable Japanese agency conducted a preliminary Environmental Impact Study for a small copper mine in this region. They predicted the mine would provoke “massive deforestation”; contaminate rivers with heavy metals- including lead, cadmium and arsenic; impact endangered species of animals, directly impact 4,000 hectares (10,000 acres) as well as relocate hundreds of families from four communities. Two years later, the mining company reported to have found five times more copper.  However, after the latest exploration by Codelco, and as recently as November of 2018, the press reported the ore deposit may hold 17 times more copper than the original estimate of 450,000 tons. In other words, the impacts will be incalculably worse than what the Environmental Impact Study reported in 1996, which already were bad enough. Based on these recent estimates and layout of the land, today, not less than six communities and hundred additional families would have to be relocated to make room for the large-scale mine and all the infrastructure that comes with it.

Intag’s forests are part of the most biodiverse region of the world, the Tropical Andes Biodiversity Hotspot. This region is so biologically diverse that it is hard to comprehend. The diversity is mainly due to its geographic position (on the Equator) and the difference in elevation, climate and rainfall created by the mountains. Orchid diversity is specially rich, with the forests containing more orchids than most nations in an area of just 1,500 square kilometers. Animal diversity is no less diverse. At the proposed mining site and surrounding forests, 279 species of animals in danger of extinction have been reported. Several are critically endangered, including two monkey and three frog species. In the case of one of the amphibians, the Longnose Harlequin Frog had been listed as extinct by the IUCN until a biologist rediscovered it in 2016. And, as recent as March of 2019, National Geographic reported the discovery of a glass-frog new to science in a nearby forest patch. The frog immediately went into the critically endangered list. According to the magazine, corruption and mining are the main threats this new species have to face. Intag’s forests and streams, now threatened by mining, are the only place on the planet where these amphibian species are known to exist.

Apart of biological risks, the area where copper was found gets over 3,000 millimeters of rain and the topography is very steep, which increases the chances of major environmental disasters. In stark contrast, Codelco gets all of its copper from the Atacama Desert, the driest in the world. As it is the case for most of the Andes, Intag’s mining site also sits in a seismically active zone. There are many more factors that explain why it is a huge mistake to mine in Intag.

During the past 24 years, with a lot of support from national and international organizations as well as individuals, the communities and organizations in Ecuador’s Intag region have worked tirelessly towards the conservation of the region’s forests, biodiversity and watersheds. DECOIN, the small grass-roots environmental organization that I helped found and currently work for, has been at the forefront of Intag’s conservation work. To date, we’ve been able to create 41 community and local government-owned watersheds and forest reserves, protecting over 13,000 hectares of watersheds, forests and the hundreds of endangered species they harbor. Besides the initiative’s conservation value, the reserves also provide clean drinking water to thousands of local residents. We, along with other organizations, have also been busy developing sustainable alternatives to mining, such as shade-grown coffee and community ecotourism. Since mining would, without a doubt,  destroy what we and the communities have so hard worked to preserve, it was only natural that a good deal of our work would focus on stopping mining development. Which we have. Since 1995.

In spite of the fact that since 1995  two transnational mining companies had to abandon Intag due to local resistance, they keep coming back. The latest threat manifested itself full-fledged in 2014, as an outcome of a bi-lateral agreement between the governments of Ecuador and Chile, signed in 2011. The main objective was to have Codelco help Ecuador’s mining company, Enami, develop the Intag mineral deposit. Curiously enough, the agreement is considered a state secret in Chile, with the Chilean courts prohibiting government agencies from revealing its content.  One does wonder what kind of cat is in that bag.

Exploration begins, and so do Human Rights violations and environmental impacts

In May 2014, EMSAEC, Codelco’s Ecuador subsidiary, together with Ecuador’s national mining company, were able to begin exploring in Intag’s forests after a fifteen year lapse due to local resistance. They were able to do so only after being “escorted” to the mining concession by hundreds of special police units and military personnel. Ecuador’s government also saw it necessary to impose a de-facto state of emergency on the whole Intag region. The exploration took place in primary forests that members from two local communities were managing since 1999 as part of a successful community-run ecotourism project.

As soon as exploratory activities began, so did the impacts. The communities, aided by DECOIN and the Municipality of Cotacachi, denounced violations of the permits, licenses and the Environmental Impact Study, as well as serious human rights violations. These included illegal arrest and incarceration of a community leader, contamination of the Junin river, illegal logging, unauthorized land-use, and impacts on the community tourism businesses. But every time the communities denounced the illegalities, backed up by solid evidence, the authorities rejected the denunciations, or simply looked the other way. It could not be clearer to communities that the authorities were openly biased in favor of the mining companies.

However, all that drastically changed on January 25th, 2019.

On that date, Ecuador’s Comptroller General made public the final draft of an in-depth investigation of the Llurimagua mining concession – as Intag’s mining project is now known as.  What the Comptroller found, confirmed what the communities have been denouncing for years. But the report revealed much, much more, including dozens of irregularities by State institutions, showing a total disregard for the regulation of mining activities. The lack of oversight, the report contended, made it possible for the Codelco-financed exploration to contaminate the Junin river, log trees illegally, start mining activities without an environmental license, and even utilize 258 million liters of water without proper authorization, among numerous other violations. In essence, the report highlights just how impossible it will be for the companies to abide by directives of the Responsible Copper Initiative, and avoid being implicated in gross environmental and human rights violations.

One of the draft report’s main conclusion was that, due to the lack of oversight and multiple violations, the project should have been suspended. In light of the aforementioned Brazilian mining disaster, a disaster that is, in large part, being blamed on the lack of government oversight, BMW should seriously consider withdrawing from the agreement with Codelco. Better yet, Codelco should reconsider altogether mining in areas as biodiverse and fragile as Intag.

It is indisputable that we must stop the rise of C02 in the atmosphere. It is also true that, in order to do so, we will need new techologies that will require metals like copper and cobalt. However, blindly adopting new technologies that will result in undoing other key components of the biosphere while trampling human rights is, at least, criminal. It is more so when we know that the new “green consumer goods”, such as electric cars, will benefit a very small portion of the planet’s inhabitants, as well as the fact that they will keep alive the wasteful consumption practices that have taken us to where we are today.

It is in this light that we, as consumers, along with BMW’s shareholders, can play an essential role in helping to create a healthier biosphere. We can do so by consuming responsibly: knowing our choices can cause tragic environmental and social impacts. On the other hand, shareholders should reject the company’s green-washing, and demand the company not to participate in creating environmental and human rights disasters in places such as Intag’s forests and communities.

* The final report was due to be released during the first trimester of 2019. We are still waiting. 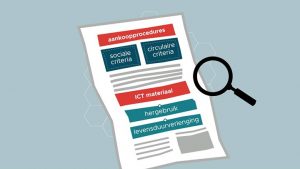 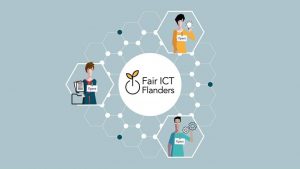